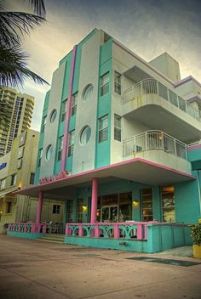 24 Hours after what I would call “my identity lock down”, where I announced I will no longer be LS Harteveld and why (I wrote 2 blog posts and reposted none of them because it’s just too depressive) it is hard to establish which part of feeling terrible is because of losing her?
And which part is inevitable, because it’s mourning of a lifestyle and a world that is no longer there and where carefree human relationships will not be fully restored until there is a vaccine?
See. Told you there was a reason I didn’t repost those blogs.
No one needs this.

So between the lines you can read that my conclusion is indeed that the reason today was a toughy, and that I had a very unwelcome migraine-to-go with my period that kept me in bed for a few hours –
that I wouldn’t have felt better if I had not pulled the plug on being LS Harteveld after 14 years.

But as I said in my second blogpost (read at own risk, come back to snack on pink after) which I wrote for my oldest site, not continuing to live present day as an artist, doesn’t exclude me living on in a different time and space.
And for me that place is 1995.

With the C. crisis, there has not been a better time to take art or escapism to a whole new level. And with most of us bound to home, also a very convenient one.
You can now create your own mental space, your own bubble.
And especially if you live alone, everything that happens in your life is more predictable than it usually is.
You can filter it out or reframe it, way easier.

So today I had that migraine. It almost felt like a transition, like time-travel. Shedding old skin, and becoming anew.
And in my 1995 I am not just into that year, not just basking in that decade of optimism;
I m mixing it with my favorite decade, the 80s.
With the pinky minty colors of Miami Vice.

I also like the bold, bright pallet of the 80s and the grungy arty New York feel of the 80s;
But those are not what I need right now.

And to go to sleep knowing I will wake up in a different time.
Feeling shiny and new.