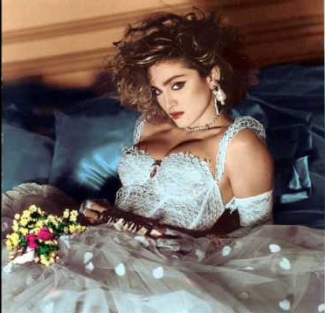 I have no idea if the worst is over, because in that case it was pretty doable. But even if I have another wave coming of feeling worthless, hopeless or have a panic attack, I know now that I choose this.
Because where you feel the most, you love the most.

It’s not even 7 PM on a Friday and I have a lonely weekend ahead of me. A date got cancelled tonight, so there is no escaping what I have been pushing away since Monday.
Bear and me had sex, for the first time since summer 1994.
He broke up a few months after. Months in which we saw each other only once, as I recall.
From infrequent, his calls seemed to disappear entirely.
Until he set a date and we saw each other and he told me he was seeing someone else.

Five years in which I knew I wasn’t the only one, and I think he has cheated on other women who were in a relationship with him.
But it wasn’t all that obvious.
Certainly not at the point where I could be held responsible. Which is not to say I accept responsibility today, because I don’t.
His choice, his responsibility.
Not mine.

So there it is, the first weekend after we had sex and I know he’s with his girlfriend.
They’ve been together every night since Monday of course. They live together. But still. It’s the weekends that hit the hardest.
Where I am alone and he is not.
And that hurts.

There is no way of telling how hard this is going to be, but I have decided to see the pain as a sign I made the right choice to go with my heart.
And not a sign it was the wrong one.

Irritation. Impatience. Indifference.
If I had these emotions it would be a sign I could get out, and would feel relieved to start anew.

Anger. Reasoning. Blame.
It would destroy me to feel so negatively about someone I had been so intimate with.

But a heart that feels like its bleeding left to die.
That’s a sign it was the right man.

Where we’re hurt the most, is where we love the most.

The worst was indeed over.
I went to bed way too late, but I slept alright and today is extremely productive.
Although a bit lonely;
After yesterday’s date falling through, today’s walk with a friend also got cancelled because of the weather.
It’s storming.
Originally I thought I was gonna go no matter what, but then I saw a piece of roof flying by.
I live on the third floor!
A piece of roof, like corrugated sheets but without the corrugation.

I really wanted to go outside but the moment I realized that might include getting beheaded, I called him and we cancelled.
So I didn’t have any daylight, fresh air, outdoor exercise nor social interaction.
Which is not healthy, but at least I still have my head.

Yesterday I had what I thought would be my final take on sleeping with Bear even tough he now has a girlfriend.
And the pain of him leaving and not being my boyfriend, was more intense than it had been during all the years of what should probably count as “an affair”, even though he didn’t seem to be cheating, and I wasn’t seeing someone else.
But the lightness of it, was “affair-worthy”.

It’s strange that the same man leaving after sex now, going to his girlfriend and their house, is so much more painful than when I had no idea if I was the only one, yet I pictured him coming home in the student dorm and falling on the big couch in the man cave that was their shared living.

And I was right, the worst really was over yesterday.
Perhaps the whole process of getting over it and finding peace also came from reaching the conclusion in yesterday’s diary entry, that he was the right man.
Not despite the pain but because of it.
That we only get hurt where we love the most.

To be in the calm of the eye of the storm, you need it to storm.
Just don’t lose your head.

When it rains it pours! But only good things, this time.
Contrary to the last two days where I had no social interaction, and even daylight and fresh air got cancelled because of a storm;
Today was filled with so much excitement, I feel my whole life is starting anew.
That tomorrow, a Monday, my whole life will be healed, filled with meaningful relationships, and of course lots of sex.
I haven’t felt this sexual in years!
Me and Bear finally hit it off again, and me finally having all the way sex, first time in 18 months, seems to have sparked something.
Something good.

I haven’t felt this alive in ages.

Today was spent with a friend, had lots of exercise, had to go to bed around dinnertime because I was so tired!
And then tonight I went to the hard rock cafe which had “reopened”, after its unexpected and unexplained shutdown about a month ago.
Still don’t know if it was by the health inspection or if those were just rumors.
It wasn’t an official reopening or anything. They had opened the doors this afternoon, and put the chairs outside on the terrace, and word spread fast.
A friend called me to tell me the good news, waking me from my nap.

I only had one beer, but I talked to so many people and it feels so good to be back.

Back in the land of the living.

It worked! I really am back in the land of the living.
And the consequences of needing a sex life, or to saying Yes! to sex when the opportunity arises (and in case I m absolutely crazy about the man of course), have become clearer.
They are indeed, inevitable.

I refuse to live a sterile or monogamous life.
Having one partner who is totally devoted to me, would kill my creativity, as much as living in a monastery would. People always think that I want to be the one who fools around, that not being in a relationship has perks because “then I can do whatever I want”.
Which I think is so revealing about them…. It is they who wish they could do whatever they want. They have sacrificed a unique part of themselves, their sexual expression, because they thought they had to, to be worthy of love.

Which is not to say I do not aspire to become more versatile. Nor do I intend to say No to a new lover, to being in love, to exploring one night stands or other non-committal versions of sex, with a man when I feel attracted to him.
But it is not what comes easily and in all likeliness it will not be something I excel at.
It will not come as natural as being faithful, but that does not mean it isn’t healthy to pick Life up on an adventure.

I also insist on having a non-monogamous relationship (or no relationship!) because I m not okay with a man being jealous. I want him to be supportive of me, happy for me, take care of me when I come home.
That sort of thing.

Being faithful is easy for me, but another reason I would not make it into a promise, is because it would allow for things inside of him to stay hidden.
An undesirable inequality could arise, where I politely work around his insecurities. Something that ultimately would not benefit anybody, least of all him.
Promising him I would be faithful, would feel like doubting his ability to be bigger than that.

After the first hurt was over, or maybe even when it was still there, the thought of Bear living with his girlfriend started to arouse me.
It’s not that I can’t see how great it would be to be together. Just that it no longer keeps me from appreciating the special situation we are in.
There is too much good there, tension and interesting-ness.
I can’t write it off as a dumbed down good (he chooses for me!) versus bad (he doesn’t choose for me!) situation.

The current situation with me being the friend he started sleeping with again, is preferable to the staleness of monogamy.

I heard someone say that if you find the pain you can fall in love with, nothing can stop you.
Two and a half week after he was here, having recovered fully and counting my riches, I can say;
I ll take this.
.

~Lauren96
An unexamined life is not worth living

New diary entries are posted on my Facebook page ;
And are published together, here on this blog.