This is a letter to my creativity coach Sara
Before our coaching call, I always give her a headsup.
.
Dear Sara,
.
I know our call is over a week away, but I m ready to call it a day.
The upcoming week will not bring any dramatic change, nor a massive production of blog posts, because I m kind of… I don’t know.
Done?
I know who I am, I know what I want, and the days of changing direction or wasting time are behind me.
..
Another reason I have found myself toying with the idea to write you this weekend already, is because I have no intention of holding on to the ins and outs as to how I got here.
And as soon as I try to explain it, it rapidly turns into this boring list of all the blog posts I wrote that shaped my mind. I think I m close to 10 including several written under my real name, all written in the past 2 weeks.
I didn’t just write, I also worked and did other things.
And yet all in all, the past two weeks felt intensely alone. Not lonely.
.
First I assumed it was my obsession with January 1st, that I just wanted to start the decade off by myself.
But then it became the second of January, third. And nothing changed.
I would go to the movies, theater, see friends even. But it was almost like I made sure it didn’t impact me as much as it usually does.
I could feel that although I wished I had started the year fresh;
I still had things to figure out.
There was still “life clutter”.
2020 Had not started as clear and purposeful as I had hoped.
December with my lover breaking up and almost daily social appointments, had been hard on me. This year solitude and writing were the only thing I longed for.
To figure things out, and let go what was no longer needed.
The good news was it worked.
.
Last week I saw how all the major aspects of my life, and how I want them in the future, had stayed partially clouded (although for many of them I was on the right path for sure!) because I had failed to see one thing.
Or maybe I had seen it, but I had failed to see the consequence:
THAT I AM A WRITER
Or artist, in a broader sense.
I honestly have no idea how I let’s say “managed to miss that”, because the signs have been all over my two author names, five different blogs, ten published books and material for the next ten already done, but I thought that being a writer, publisher, artist, was somehow something that could be:
– negotiated
– parked
– downplayed
– bargained
And even:
– erased
– denied
– ran away from
. 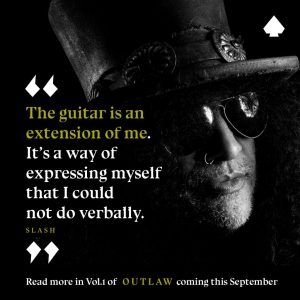 Yet through the lens of:
“Honey, you’re a writer, you need ample time to process all those times you look for the meaning of Life behind every man you meet (that’s not true, just my lover and the man who looks like Slash), every guitar hero whose biography you read (also not true; just Slash) and every movie you see (probably just everything featuring Adam Driver or other gorgeous men with dark hair).
You re a writer and it’s going to cost you your life.
Get used to it.”
In that light it’s obvious my writing doesn’t budge.

Every time I panicked over something – being someone’s mistress, writing about my sex life to name just a few – it was just because I failed to understand:
I AM a writer.
That’s what I DO.
It’s not a “I m a writer unless I m in love with you, and you don’t want me to write, then I m not a writer.”
It’s not:
“I m a writer unless you want me to really get my head around this new job and go head first into this new world making new friends and giving me a new identity because then I ll be that.”
I m a writer period. It’s not an app that you can remove from your phone.
.
The first areas where this fact, obligation, curse and blessing of being a writer started to sink in were my love life and work. I now know that as much as I would agree that it’s not ethical to write about your sex life, it’s not something I can change any more than the color of my eyes.
As much as I would love to have my life free to jump head-first into a new career: I am a writer already and I publish my own books.
End of story.
.
But there was one area where it took a bit longer.
And I think it was this epiphany that needed the solitude of the first weeks of 2020 before it could come out.
Teaching yoga.
The area I had been on the fence about since summer 2018
.
As you know I have unpaid work with male co-workers, and it’s very practical work. And at the same time I ve pretty much called off all my friendships, and currently no longer hold any steady arrangements of seeing people.
My preferred method of socializing from this year forward, will be through work in a male-dominated, practical environment.
.
Together with the realization that I AM A WRITER this quickly led to the realization that there is no place for teaching yoga in my life. That I want to spend my working hours among men, and my time off behind my desk writing or working on my own publishing business.
Ideally I want to make a full income selling my own books, and work a job 3-4 days a week, including my current unpaid work.
.
I kept all the other things that had to do with the yoga studio.
The space, my class teaching friends, my own yoga practice. I write for my  Rock Star Yoga blog.
I still see myself as someone who has something to say on yoga, just not teaching it.
Becoming an (albeit antagonistic) spokesperson in the yoga world will still happen.
.
So after two weeks it’s finally done, all the internal processing and seeing where I will be taking my life.
I’m updating all my websites and profiles, and will update my resume so that it reflects that I am a writer and a publisher. No longer a yoga teacher.
.
One of the movies that influenced my decision was Words of Love on Leonard Cohen and his muse Marianne Ihlen. It didn’t take long for me to recognize myself in Leonard.
In the poor deal he could cut her, where it was practically impossible for him to give even a little bit of himself to her, I recognized the state of affairs in my own love life.
.
It’s not that I don’t think a man doesn’t deserve safety, warmth, predictability, stability, monogamy, a future. It’s just that I can’t give those things.
.
And all I can offer are words of love.
.

~Lauren
An unexamined life is not worth living

On my other blog: Two be one – on Leonard Cohen and Marianne Ihlen