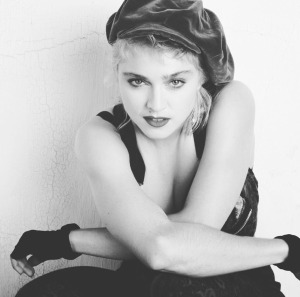 Lauren feels the best she’s felt in weeks, even after Christophers rejection and Mr.Big’s persistent unavailability.
Which could be explained because she had sex with Mr.Big. And also, because she can be really proud of herself!
Because she did the right thing.

One of my favorite movie lines is from Brad Pitt.
In Thelma and Louise, his character JD is living hand to mouth, hitchhiking across Texas posing as a student.
And he robs gas stations and bed partners alike.
But Thelma doesn’t know that she’s gonna pay for her time with him. Still intrigued with his honesty that he robs stores, she asks him how he does it.
JD grabs a hair blower, holds it like a gun, and gives a little performance. Practically charming himself through the armed robbery.
“My gosh, you sure gentlemanly about it,” Thelma says.
At which he replies:
“I’ve always believed if done right, armed robbery doesn’t have to be a
totally unpleasant experience.”
And I can now say the same of being a mistress. I can charm my way through it, without causing unnecessary damage.
Naturally I felt horrible yesterday. Within five days I had gone from realizing I was in love with two men, to basically being rejected by both.
Mr.Big was battling his inner-demons and we were as undefined as ever. Maybe worse.
And Christopher had decided we couldn’t see each other anymore.
Which was not that bad, since I wasn’t sure if I even wanted to be a mistress again.
After three and a half years I knew exactly what the pitfalls of Mistresshood were. And although I was still convinced that I was a mistress by nature, as far as anyone can pinpoint a sexual orientation, that didn’t make it easy.
But the way I had handled my crush on Christopher had impressed even myself.
I had proved that affairs didn’t have to be a painful ball full of conflicting emotions and interests, the way it had been at the start of my affair with Mr.Big.
The ball could be unravelled.
An experienced mistress could control the damage, because she knew what she was doing. In the words of JD:
“It doesn’t have to be a totally unpleasant experience.”
I knew for sure, that although what I had done may have seemed like a small thing, warning Christopher about my feelings for him was in fact huge.
It was the difference between robbing a liquor store, and traumatizing people for life; Or leaving them baffled, and with a good story to tell.
I had asked consent. And at a very early stage, not when emotions were flying high.
Because it would have been soooo easy, to just ask Christopher out on a new date. Or stage a new situation where we would be spending time together. And then make him fall in love with me, or offer him an opportunity to act on his feelings.
But I had chosen not to.
Instead I had said:
“You need to think about this, before we see each other again.”
And he didn’t want to see me again, and he told me why.
He didn’t owe me an explanation, but I appreciated it that he told me.
There is a law in several countries, making sex illegal unless you have asked for consent. I think what’s wrong with that law, is that it misses out on the most important thing: a shared vision of where you want this to go not now, but in the future.
One of the things Mr.Big once told me, was that he did ask for consent. Explicitly. Not just that he would not rest until a woman was actually begging in five different languages to be taken. He didn’t say that, but I know that’s how he works.
That was the easy part.
When he was about to have sex with someone, he explained to her that this would very likely be only for one night. That he wasn’t available for more.
And that she had to think about it, if that was enough for her. Because otherwise they could also just cuddle up and go to sleep.
And sometimes a woman had then chosen to not have sex, and that had been completely fine.
So maybe in the end, it was Mr.Big who taught me the true meaning of consent. That asking permission, or getting consent, or feeling what somebody wants in the now are only the beginning. That a good lover takes responsibility for the future.
“Do you still want to proceed if this and this might be what happens next?”
When I started dating Mr.Big I had made jokes that I was now playing in the Major League of dating. That this was where the strongest players were. Where hearts were broken, lives were ruined, but also the place where the biggest of pleasures and the greatest of victories would be our rewards.
It was not a place for pussies, so to speak 😉
But although I realized there was a lot of foul play going on, and that we were all playing to win, there were still several players who insisted on playing by the rules.
Mr. Big.
Me.
And we would protect the newbies, anyone just entering the game, until they had decided if they wanted to stay. And we’d help them get their defenses up.
We were fair players, and that’s what we taught others.
Each in our own way.

I Know It is the sixth chapter from Project M.