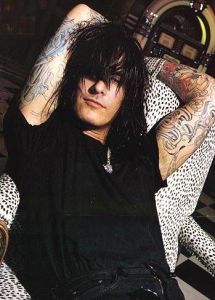 I m starting to get restless. What if Nikki doesn’t write again?
Or what if he just sends me the Bon Jovi bootleg, but nothing in response to my letter?
Maybe he will stop writing me letters, with the bootlegs or the separate ones (just letters) that never needed the alibi of a package with cassettes.
Maybe our correspondence has come to an end and maybe it’s because I wrote about sex.
Not “let me turn you on” sex, but “I slept with my ex lover Bear who now has a girlfriend, and I feel so awful and have no one to talk to” sex.
The type of sex you would roll your eyes at thinking how could I have let it come this far?
A question I would not know how to answer.
.
I don’t want to deny Bear his future. He seems to want to start a family, and his girlfriend already has a child.
And I don’t want to deny myself a sex life either;
I didn’t have sex with other men in the years he was my lover, and there is no one else in my life right now either.
.
So although I can understand Nikki’s silence, and dread the day I get a business like small note, excusing himself for not writing properly or something;
What options does he think I have?
I wasn’t angry with Bear, and I didn’t feel guilty or dirty afterwards. It was way worse than that.
I felt jealous.
.
Nikki and me have been writing for four months now I think. Maybe longer. But it has never taken him so long to write, and from all the moments he could have dropped out of conversation this has been the absolute worst timing.
.
Next to losing my boyfriend or lover, or whatever you want to call Bear, I now seem to have lost the anonymous friend who gave me a feeling that I too, had someone special. 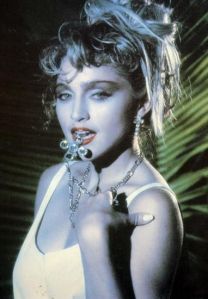 When will I unlearn?
Or learn?
Unlearn to beat myself up over going out three to four nights a week, and learn that in the bar, at night, is where I live.
Where my adventures lay, my lust for life. My getting over Bear, because finally I flirted with another man again.
Possibly multiple.

I don’t know what it was, but the atmosphere seemed to be filled with anticipation and sexual innuendo!
It was as if everybody was in a flirtatious mood, and the same people that were there last Sunday, had suddenly all taken a Sexy Pill (including me) and we were all different people.

I didn’t go home with him, and technically, we didn’t even kiss. But I can’t remember the last time I was so openly sexual, openly interested, stood so close, pushed my hips back, brushed his hard-on, smiled over my shoulder, and thought:
“I can do this.”

Today was the most productive Monday in months, and I m going to hit my yoga mat and get back to my practice.
And I want to lose the weight, now more than ever.
The thought these clothes might come off soon, with a new man, was the incentive I needed to finally get my act together and make it happen.

I came by a sign from the fitness studio on my walk:
“Don’t wish for it, work for it” 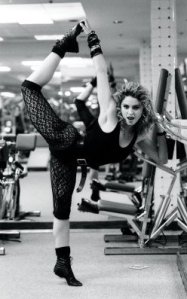 Bad news first!
I did not magically snap into actually doing yoga, after Sunday night’s nearly-encounter.

I knew chances I d run in him again were close to a hundred percent.
And I also knew that I wanted my old body back, before having sex with a new man.
It didn’t feel right to have the weight I gained during my time with Bear, still on me when I would start a new relationship.
It wasn’t right.
Even though Bear probably didn’t have anything to do with why I gained weight.

I still can’t figure out exactly when the weight gaining started, but before college I was thin that much is certain.
And I ve been doing, correction “did”, yoga since I was 15. Although not that much, that was later, when I was around 19 or 20.
I had a real dancer’s body, and it came mainly from cycling to school.
But nevertheless, when last Sunday the sparks between me and the new man (who I have not yet renamed to write about, because I don’t know how serious this will be) flew over, I did feel inspired to pick up yoga again.

But yesterday night, despite my good resolutions, I did not do yoga.
However, today I got an unexpected visitor!
He had tried to call me, but because I am so focused since Sunday, and work so very hard, I had not picked up the phone.
I was actually very proud of myself for being so mature to not pick it up during my productive hours!
Then about an hour later the doorbell rang, and it was the photographer who had filmed me when I was around 20.

It was a professional gig, because I was one of the very few models who could do yoga. It had been the only thing I was asked for regularly.
The biggest job I ever had was filming instructional videos. Just the video, the audio was a voice over by someone else.
They were filmed for a teacher training, and had been extremely valuable and not available on the market.
I never received copies for myself.

But the photographer, who had shot the videos, had received a copy, but he was clearing out his stock and didn’t want them anymore.
So he thought of me.
He had tried to call, and when I didn’t pick up he decided to drop them by.
It are 19 VHS tapes!
I knew it had been a large gig, but I had no idea it had been this big.
19 VHS tapes of me, at my peak:
Strong.
Lean.
Confident.

I just got saved by my younger self that’s for sure.

My entire love life got fixed on Valentine’s Day!

Yesterday, the mail man brought mail from Nikki;
The envelope clearly had cassettes in it, but from the soft thick feeling of the package it was also clear there were papers in it. A letter.
I m so tuned in with these packages, I can estimate how long the letter is, just from feeling the envelop.
I can’t remember the last time I got a letter that was this long!
Eight A4-ish papers, written on one side only, torn from a notepad.

He thanked me for my honest letter and wrote that he felt for me. That he was sorry that my lover was now living with someone else, and although his first response had been one of anger and frustration that I was still sleeping with my former lover (he said “your ex” but I have never called Bear that), it was none of his business.
And he had gotten me something special.
That’s why his reply had taken so long.

Wrapped in gift paper, he had arranged a bootleg from the 1988 Netherlands show of Bon Jovi.
Even though it came out of his own pocket; This was not a bootleg that would be reviewed since it had been released for a long time.
There was no reason to give me a copy.
Except that he knew I had gone to that show, and that it had special meaning to me.

The two cassettes felt like a true treasure.
And I have been listening to them all weekend.

And then this afternoon, when I came home from an afternoon with a friend, I found a postcard from Bear.
I don’t know if he had rung my doorbell, but apparently he had managed to get away from home on a Sunday, and brought me a card.

It was pretty neutral. As if, if his girlfriend found out, he could get away with just making a nice gesture to his ex.
But he used my pet name, and said he hoped I was doing alright, which could refer to anything, but because we had sex the last time we saw each other and I had not heard from his since, I took it as an apology.

I still don’t know if I m cut out to be the other woman. It was such a hard landing, being all by myself the last time he was here and we went further/ had done more than we had in the dates prior.
There have definitely been moments when I have sworn to not go down this road, and take my chances as a single.
That nothing is worth, feeling this miserable.

Nothing, but a Valentine’s card with your pet name on it.

~Lauren96
An unexamined life is not worth living

New diary entries are posted on my Facebook page ;
And will be published together, once or twice a week, here on this blog.