Former yoga teacher Lauren is still trying to grasp what hit her.
What she’d like to hit on.
And what didn’t hit her! (twice!) 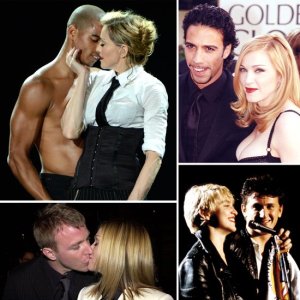 I went into the weirdest state of love without interference from any of the men I have feelings for!
Because I didn’t get an invitation to come see my lover Big.
No sign of the second man I’m in love with, Christopher.
And just to be thorough? I didn’t get that Long Awaited Email, which I know will be there some day. In which Benjamin will say he wants to see me.
God forbid not because of health issues!
I d rather have him live to be a hundred without ever seeing me. Than to have a creepy diagnosis work in my benefit and speed things up.
Benjamin is my muse, the earliest one I chose, and because I never saw him again he remains forever young and crispy. Although those are probably the two adjectives wants to be associated with the least. 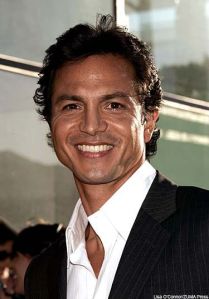 From the little correspondence we had I know he started referring to himself as middle-aged from when he was barely forty. Looking absolutely STUNNING I might add.
Thank you Google, for that.
I ve always felt in my bones that we will one day meet. Not because I would contact him again.
I respect his choice for his family.
But because his curiosity, and a longing for adventure, would take over his brilliant, rational mind. Stranger things have happened to middle aged men.
Speaking of middle aged men!
Oh my God, Christopher, right?
Yesterday, I had dinner with one of my male friends, and I insisted on telling ALL about Christopher. I stopped using this blog as a diary a couple of weeks ago, because things just got too funky.
It was a life imitates art situation, where I knew I would have to deal with my love life, without being able to share it all here.
Which is pretty hard, especially in the Christopher situation, where there’s more to it than I can admit here.
But not in the way I want to, it’s a result of something neither one of us can control. Which is not good enough for me.

I m sure I ve said this before but within the BDSM world (of which I am no part, by the way) there’s this wisdom:
A Dominant wants to be needed.
A Submissive needs to be wanted.
I need to be wanted.
And being wanted because Life is giving us an opportunity to see each other?
And then we could rationalize our feelings as if they happened accidentally?
Not good enough.
Anyway, I was having dinner with a friend and just had to tell the Christopher story. Because he is a fan of Star Wars, I could compare my crush on Christopher to my crush on Kylo Ren, played by Adam Driver:
I had managed to miss both!

Jimmy, Jimmy is the twenty-seventh chapter from Project M.

BOOK SHOP
Gives a 25% discount on all prices
Select your store f.e. Nederland or United States
with the flag in the upper right corner. 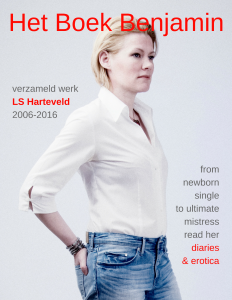 2. Dutch American Diary (2008-2009) €15
Yoga teacher Lauren is in love with two men; One cunning wizard and one half her age.
The affair was secret so Lauren called him; He Who Must Not Be Named. After the dark wizard in the Harry Potter series. She tried to get over this American but after a year she only has her mistakes to show for. Including dating an Israeli spy and a Buddhist photographer.
Now her wizard obsession is back full throttle and the next disaster has already emerged;  an attractive yoga student. Young enough to be her son.
Faced with nothing but diabolic choices, Lauren confides in her best friend; the warm and friendly Lara. Despite having the same nationality as He Who Must Not Be Named, and working at the same office coven, Lara seems to lack his foul nature.
Or does she?
Once you’ve read Dutch American Diary? You’ll never ever in your life make the mistake of messing with a yoga teacher.
~Dutch American Diary part 1

4. LS Diary (2012-2013) €10
About three dark men and Lauren getting naked on stage. Not necessarily together.
Being dark, smart, and handsome, a Dutch writer bears the characteristics Lauren only knows  too well. He looks exactly like her male muse and unwanted protagonist in the majority of her writing.
A published writer and sought-after talk show guest, the Dutch writer has succeeded where blogger Lauren is failing year after year. After year. She feels the weight of her unpublished manuscripts, and her failed attempts to become a writer. To make matters worse she already has one ill-natured stalker. As if the liabilities of being famous have preceded its benefits.
Lauren gets her shit together prioritizing her work, ignoring men, sex and stalkers. But will it work?  Star struck Lauren meets the celebrity in real life, and soon enough her supposedly highly efficient sex-free life includes a naked guest appearance on stage, a blow-job in a parking garage and a seven month relationship.
~LS Diary can be read as standalone or as Dutch American Diary part 2

6. Bedtime Stories (2014) €15
Facing her demons and her muse, Lauren’s sexual history gets its worthy finale.
Lauren is corresponding with Elliot, but somewhere between The Netherlands and Vegas, things have stranded. To get their project back on track Lauren resorts to strong measures: making the whole damn thing public.
Sharing eight months of her life, Lauren’s third diary reintroduces all popular characters, such as writer Rafael and his legendary mythical counterpart Benjamin. Young writer Sam and his ghost twin Valentino.
Closing the Dutch American Diary trilogy, the 1991 story lines are finally tied together. With an extremely satisfying ending. Although not in a way anyone saw coming.
~LS Diary can be read as standalone or as Dutch American Diary part 3

7. Mirage (2014) €5
Giving you a little dessert, with all gorgeous writers from previous books.
Lauren, the former hedonistic cougar, is home bound, mothering her little ones, sick with worry and about to get dumped by her lover. Together with autumn setting in, Lauren needs her annual Cute Writer Fix more than ever. And this year there’s five of them.
Including a lunch date with the most famous author of the Netherlands; her youth love Henry.
~Mirage can be read as standalone or as the epilogue to the Dutch American Diary trilogy.

8. Big, diaries & erotica (2015-2016)  €20
The crown to Lauren’s life; a secret affair with her Biggie.
Ten years and ten lovers have taught Lauren two things.
One: single life is a disaster.
And two: men suck at anal sex.
So when Mr.Big comes along and succeeds where all the others have failed, Lauren is euphoric. She immediately picks up her pen to write about it, and her first story is indeed called “The Biggie”, about his flawless performance.
For two years Lauren documents her secret affair with the married business man. She writes about their explosive encounters, her unwavering love, and her powerful insights. Gradually, Lauren changes. From an scarred single, to a woman totally owning her worth and her true nature. Ten years after ending her relationship in order to explore love and sex in all their forms, Lauren Harteveld becomes the ultimate mistress.