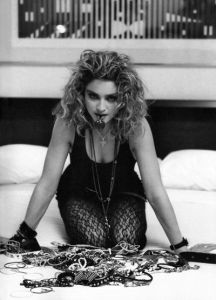 Lauren’s creativity coach asks her what “Madonna” means, at the very root of Lauren’s drawing of a Creativity Tree.
And in the process, she sets off Lauren’s ambition to rule the world.

Material Girl is the eleventh chapter from Project M.