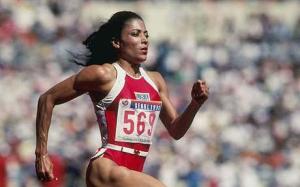 It ALL makes so much sense now!
My love for action movies.
Where I sport the pizza and sex attitude that even when they’re bad, they’re still pretty good.
Me attending all Guns N Roses concerts when I was still in my teens. And brainwashing myself with their records.
Year after year, until eventually they broke up.
Last year, when they played the Netherlands, hearing their music again was like I had been deprived of this type of energy for so long, that I had totally forgotten it had once been a basic need.
Half a year prior to last year’s Guns N Roses concert, I had the same response to discovering business coach Kat Loterzo/ Katrina Ruth. I ran into her Facebook ad and started following her online in December 2016.
Soon I was buying her programs and sucking up every second of her YouTube channel, as if my life depended on it.
And maybe it did!
Because no one seemed to understand that this totally badass woman was giving me what can only be described as a deeply spiritual experience. I could literally feel my energy being ELEVATED!
And unlike every other person I ve brought Katrina Ruth to the attention, my response was not to resist, to judge, nor to look away or get irritated.
But total fascination and immediate recognition.
Katrina Ruth was mirroring something that had been hiding very deep inside of me. She’s setting an example, that if you let the energy of life flow through you, you become one with Life itself.
Messy, powerful, unpredictable, and triggering as fuck.
Yes!
But also absolutely fucking limitless.
I couldn’t understand that my friends were not equally fascinated by her, but could see that they were not of ill will. They simply couldn’t digest it. It was waaaay to dense!
So seven months after I met her, Guns N Roses came for their first concert, and I reconnected to their raw energy. I intended to keep listening to their music but dropped out of it. And this week Guns N Roses played again, and it was during that concert that I had a powerful flash back to me as a teen long jumping and sprinting on the tracks.
Untrained.
Smoking.
It was just a sports class from school, and we only went to the tracks once. But I was the fastest girl!
Contemplating my life for three and a half hours listening to heavy guitars, brought me back to that speed. That feeling of being amazed at how powerful I was!
And I knew this was what I had been looking for.
That sprinting, leaping, and jumping high, were skills I longed for both mentally as well as physically.
I was about to become an athlete.
I knew it must have seemed unlikely, that this out-of-shape, bored, frustrated, yoga teacher who had just put her studio through transit from teaching groups to privates (so that I could keep the energy higher!) was going to shift gears even further.
I could see myself after a race in a sticky tank-top, all explosive muscle, sweaty, panting, looking for the coach who had clocked my time.
This was the new me.
No question about it, this was my future.
Now of course, I resisted it.
I had already gotten used to the idea that I was now a private yoga teacher, and that my job would be to study more yoga and get better at that; but sixteen hours after the concert I knew there was no going back.
I had to do this.
Seeing a business opportunity, I chose to go all in and immediately started investigating everything I needed to know about hiring professional trainers, mapping out a memberships program, contacting the official organisation who manage all the legislation, diplomas, and regulations for renting tracks as a commercial organisation.
Since I suspected it could be a bit of a problem, if I was going to make my business model in an area that was used to getting subsidized.
They were probably not even allowed to exploit the tracks commercially.
So I did all my desktop research and today I went out into the real world, and bought my first pair of sports shoes.
I could already feel my heart pumping with excitement, seeing their indoor minitrack to test the shoes!
But just like none of my classmates had liked Guns N Roses;
And none of my entrepreneur friends Katrina Ruth;
And none of my girlfriends action movies;
The shoe salesman predicted the market for my track training would be very small!
“Few are build for this. That explosive power is really something you have to be born with.”
So I still don’t know if I ll be able to monetize my new lifestyle, but I do know one thing.
I was born for this.

Are you joining me, on this track?
The Follow button is somewhere on this page.
Have you found it?
You can buy my erotica and diaries at my new improved shop (English books, might have to scroll down)