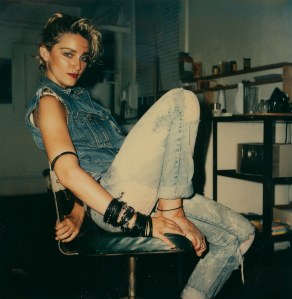 Whenever I fell in love and it was bad, either because he was taken, very young, bad news, or all of the above, my way to cope with the mental strain was always the same:
Write.
In my early twenties it was a small notebook, where I confessed my feelings for another man, when I was still in a relationship.
Ultimately we did get together and stayed together for fourteen years.
Ten years ago, I wrote Dutch American Diary: about being in love with my lover, as well as with a young man, who was over 18 years old.
But that was about the only thing legit about him.
That story did not have a happy ending, but it did make a great book. Maybe because of all the pain that was involved.
And now I m 46 years old, and juuuuusssst at the moment when life was starting to get a bit blasé; and I was about to publish a new book called
The Grateful Mistress
Confessions, columns and sex advice from the other woman
And I had been postponing putting together that book for months because it seemed so stale, not-urgent.
Just at that moment?
Life hit me in the head.
Or the heart.
Or further south.
And I m what Maz Kanata said to Han Solo:
“Right back in the mess.”
In love with two men, both taken. I am, or would be, a mistress to both.
And even though I had promised myself I wasn’t going to make decisions, and get better at being a mistress so that I can have two men in my life;
my body is telling me otherwise.
Pain in my arm, and around my heart. I don’t sleep and I lose weight.
Either this thing is going to kill me.
Or I m going to find a way to cope.
And what better way to do that, than to start a diary?

Because I wasn’t sure if I could commit to a title, but I also didn’t want the “wrong” url address either, I just called this page Working Title.
But the working title is: Project M

M stands for Mistress, because that’s my role in this play. But it also stands for Madonna, because I ve decided to stick with the titles from her songs, and use them as inspiration/ titles for my chapters.

The first two chapters will be a prologue: and at chapter 3 I will start with the Madonna titles.
I intend to write every day, but there may be personal reasons why I can’t.
Such as being toast.
Because being in love with two men definitely has the power to electrify you.
Well me, anyway.

The Act of Contrition
Express yourself
Like a Prayer

Like a Prayer was the final chapter of Project M.
After this I quit writing about my love life, and focused on becoming a 7-figure rock star writer.