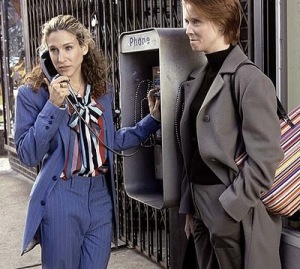 This morning, news broke that the left wing party who had the biggest win during last elections, fired two of its members of parliament, for lying about when their affair had started.

The reason their political leader gave, was the same reason all people who ever got cheated on use:
“I will never be able to trust you again.”
And it hit a nerve with me.
Because this subject – our right to lie and not tell the truth – is one close to my heart, and something that is applicable not just in love.
But in everything.

Being a secret mistress, I had a reason to rethink the topics of transparency and lying. I wasn’t feeling too good about:
“He is lying to his wife and that makes me an accomplice.”

I m currently tutoring someone in logic (Math), and it’s easy to see that line of reasoning hides a lot of incorrect assumptions. But even before that, I could see it didn’t make sense.
And I stopped feeling responsible for someone else.

The longer I am a mistress, the better I know:
We are all born a certain way.

You don’t become a cheating husband by accident. You become it because your brain is hard wired to sustain that kind of tension. You probably don’t feel alive until you have multiple parallel lives, secrets, where one doesn’t know the other one exists. It’s the kind of voltage normal people will immediately try to smooth out. It eats them up from the inside out.
But not you.

Men, or women, who cheat, whether with a mistress or with random encounters, need that. And they need it to be secret. If it’s not a secret, it becomes something entirely different.
Something that more than likely, will not do anything for them.

So realizing that, not only did I discharge myself from having to take responsibility for his actions; I even to an extend discharged him of it.
I’m not going to say that if you’re hard wired for this, or as I call it, if it’s your sexual orientation, that you don’t have the option of repressing your natural tendencies and staying faithful.
Sure you do.

Just that you’ll never become as good at it, as people who have a natural intolerance to living under that kind of stress.

Your brain will not respond to the calm and the clarity of having a monogamous love life without lies, in the way the brain of a monogamist will respond to it.
So obviously I don’t see anything wrong with keeping your secret relationship, secret.

But there is more to expelling the two lovers from the Green Left party.

First off, do you know what a real leader would do? Stand by his people, no matter fucking what.
Through scandal.
Through crimes.
Through political failure.
YOU HOLD THE LINE!

And you do this because it’s best practice in any organisation but you do it in particular if your team just brought you victory during the last election.
This is your time to take responsibility and take the punches for your employees.

And it doesn’t even have to be like that. Because a real leader can completely brush aside any private affairs, stating their party has other priorities:
“And so should you.”
A sneer to any journalist butting in.

No journalist, no party member, absolutely no one, is entitled to know the truth about your sex life, unless what you’re doing is a felony.

And there is a bigger lesson here: if you are having a relationship with anyone, assuming they have told you the truth about their marital status, their diplomas, the money they have in the bank?
If you’re in a relationship assuming your partner is faithful?
You’re in it for the wrong reasons.

Next week, I m going to start with a business coach someone recommended to me. And then someone else warned me saying:
“Be careful. Anyone can call themselves a coach. It doesn’t require a certain training or education.”
And I laughed.

Because the moment I make a coaching relationship dependent on whether or not someone has gone through the right training, I’m saying:
“I m counting on external things to justify our relationship.”

In my opinion, any relationship should be based on either one of two things.

One is the loyalty or need you feel to be there.
For example taking care of a sick family member. If you feel called to do this, it should be without expecting any reward. They still might not include you in their will. They still might be nasty.  But if you see it as your duty, it’s your duty.
Period.
But this is not the way we perceive love relationships, friendships, going to coaches, nor the way we view work relationships.

Which brings us to the second basis of a relationship;
You’re there because you want to.
A totally different situation where the relationship is based on value, and on giving and receiving. Where it’s still difficult to argue what will benefit you most (I think the giving!)  but okay.
However… there is one thing strikingly similar, between this mature relationship style, and one based on obligation.
Either you do it. Or you don’t.
Either you’re in the relationship FULLY. Or you’re out.

You should never do it because you’re expecting some kind of reward, or because you assume someone is behaving in a certain way off-screen. In their own time.
In any mature relationship, the reward is in the moment, in the now.
And if you’re not feeling it, then you should get out.

You, the betrayed party, were untruthful as a lover, an employer or a client. Your presence in the relationship, stopped being appropriate a long time ago. Because you were in it for the wrong reasons, a lot of assumptions and possibly a future outcome. And now you’re just angry because someone refused to accommodate your hidden agenda.

Thankfully for you, we live in a society that idolizes transparency, so public opinion, all your friends, the judge, the party, and everybody else will more than likely choose your side.
So enjoy your bitter victory of being right.
Meanwhile killing off everything you loved.
And who more than likely loved you back, which is why they never bothered you with the truth. They thought the truth wasn’t what your relationship was about.
That it was about good politics, and doing something for your country.
About motivation and inspiration.
Love, presence, and joy.
They were the ones who really thought you were in this together.

And you just proved them wrong.