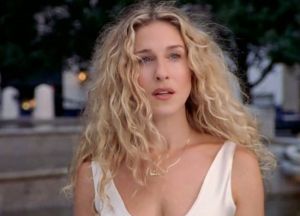 This is a letter to my creativity coach Sara
Before our call I always give her a headsup.
.

I almost got a heart attack when I saw the list with previous blogposts. A list I always start with, because I copy the old post into a new one.
But the titles and dates of publication were unfamiliar, they did not support the story of what I thought the past three weeks had been…

The good news was that I saw I had already written a Lauren 1997 diary post “Write a book, Lauren.” A sentence that has been haunting me for so long, I had already made my peace with the fact that I was not going to write a post about it, and in all probability, also not write a, or more accurately another, book.
That the calling or the inspiration, the angel whispering in my ear “Write a book, Lauren.” had caught me at a bad time, and their message got lost in all of November’s drama.
But no!
I had actually written that post “Write a book, Lauren.“, and in my favorite series, Lauren 1997!
AND it was a #NSFW post.

So that was the good news, I had totally forgotten I had done that. But that title didn’t give me the proverbial heart attack.
No, what startled me is that I did not see any post that was the “mid-term” update, which I clearly remembered sending you.
Because of all the turmoil in my life, you offered I could write you an extra email in-between our coaching calls which are currently at a three week interval.

I wrote the post, and intended to use that one as a “copy” post.
But didn’t see anything that matched the description….
I immediately thought I had published it on one of the blogs under my real name, and I also linked this faux pas somehow to the #NSFW tag of the Lauren 1997 diary post!

Emotionally, it felt as if I had already posted a #NSFW under my real name.
😱

Either way; I checked the link in my email to you, and saw it was a laurenharteveld.com link. So no harm done.
https://laurenharteveld.com/2022/11/16/dust-yourself-off-and-try-again/
When I got back to the dashboard, I saw it was indeed there. Just that the date and title were no longer familiar to me.
I do remember the topic: loneliness. And thank you for your reply which was lovely!

So this Sunday night, I get ready to write you this update, thinking I am just SO organized, and the week will be so smooth and relaxed!
And that I’ll be in bed at 10 PM, calm and collected, because I know that I got  this letter out!
Only to get a heart attack, slash panic attack, because I thought I had mixed my accounts up.

I even briefly checked for a Carrie Bradshaw photo with her face in shock.
But the one I liked was a gif, and my blog often doesn’t display those correctly as a thumbnail.
So I did not choose a startled/ shocked Carrie Bradshaw with this post.
But I probably should have.

But the whole wrong blog – horror scenario, did shed some light on the real issue at hand here.
That I have lost myself over the past three weeks.
Something dramatic happened in my personal life, that will probably leave its mark in years to come. I feel like I m walking around with a hole in my identity.
A hole I have effectively plastered over, when it comes to my real name and real life. A hole that has not prevented me from picking up the new business plans I had, and carrying on like nothing happened, to the best of my ability.

But that for the Lauren Harteveld work, it doesn’t work that way.
That the real damage, is HERE. Even though the blow, the event, was on the “other” side.
My alterego Lauren Harteveld and my work (and life) under my real name, are like one life being lived in two different dimensions that influence each other.

At the same time I started picking up my life under my real name -seeing friends, having appointments, welcoming developments around my new business, LIFE!, -the core of the problem slowly migrated…..
To here.

I could write you my new business plan, and all the aspects which I now understand, need attending to in order to rebuild my life;
Financially as well as socially.
I could tell you that my yoga will be at the heart of my local, or national, offerings, and that writing in English under both of my names, will remain untouched and not function as a business model whatsoever.
I could tell you that.

But what I realize now is that the scar, the sorrow, the inertia, the gif of Carrie Bradshaw clasping her face with both hands;
The shock of what happened and the not knowing what ripple effect it will have for decades to come-
That the shock was here.

And that even if I write an NSFW post, for my favorite series Lauren 1997, even then my attention and presence here is so fleeting, that 10 days later I totally forgot I wrote it.

Lauren Harteveld, or Lauren 1997, is not interested in becoming a yoga professional under my real name.
She misses her lover.
She misses going to concerts, she misses all the friends I have said goodbye to the last 5 years.
She misses hanging out in the city late at night, on a Sunday.

The only positive thing is that I got the message from the universe, the angel or Inspiration, long before the hammer fell.
Long before fate struck.
I was told, weeks before I would know why, what it is I needed to do.

.
~Lauren
An unexamined life is not worth living

Subscribe to this blog for my letters to Sara, and my 1997 diary.
The subscription button is on this page, most likely on the top right.