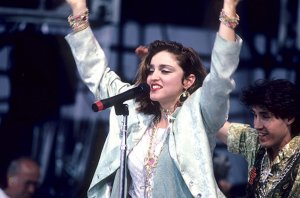 After months of silence, Lauren decides to tell the truth about Christopher.

I came across a journaling prompt;
What would you do if fear of rejection or pain wouldn’t ruin you?
My initial thought was:
“Write Christopher. Tell him the truth about my feelings!”
You know honestly? I still might.
If this blog post doesn’t give me the truth-telling relief I hope it will, I still might send an email to Christopher.
Because it’s SUCH a good story!
And if I tell him, I can be a 100% honest. For this blog I still have to withhold and alter a significant amount of information, to protect his identity.
I can’t tell you when exactly, where exactly, I met him. Or why.
But I will tell you more than I did before.
The reason I’ve decided against telling him, is because I ve had men confess their feelings to me, and it has always made me slightly annoyed.
Furious might be a better word.
The reason I feel so provoked if a man tells me how he feels about me, is because their confession always seems to include the expectancy that:
a. I didn’t know already. And I always know already. Men want to have sex with me. Period. It’s been that way since puberty, and that’s fine.
Presuming this is new to me, however, is not fine.
It’s an insult.
Not to my sexual attractiveness but to my brain.
b. They assume their feelings for me have any influence on my feelings for them.
That’s not how it works.
Either I m in love with you, or I find you attractive. Or I don’t.
My feelings for you are independent from what you may or may not think about me, and again: It’s an insult to my emotional maturity that you expect your feelings for me, to be of influence on that.
In short, a man telling me his feelings never sits well with me, and is interpreted by me as a WTF-moment where I search for the nearest exit. Either physically or communication wise.
“Oh, look at the time!”
My disdain or sympathy for men confessing their feelings for me, makes me extremely reluctant to share this story with Christopher.
The only reason I would tell him, is not because I expect him to change his feelings for me, or make a different decision. It’s because it’s such a great story!
There is of course a fair chance that he knows this story.
I ve always assumed our feelings for each other were mutual, and he has hinted at that himself as well. So in that respect, it’s also a bit pointless to tell him a story he already knows.
And pretty presumptuous to assume that I would tell him something new.
Which is why it is better for all parties – and my ego! – to just close the entire Christopher story-line in this blog, by telling the true story.
As much as I can.

Love makes the world go round is the thirty-fourth chapter from Project M.

BOOK SHOP
Gives a 25% discount on all prices
Select your store f.e. Nederland or United States
with the flag in the upper right corner.

2. Dutch American Diary (2008-2009) €15
Yoga teacher Lauren is in love with two men; One cunning wizard and one half her age.
The affair was secret so Lauren called him; He Who Must Not Be Named. After the dark wizard in the Harry Potter series. She tried to get over this American but after a year she only has her mistakes to show for. Including dating an Israeli spy and a Buddhist photographer.
Now her wizard obsession is back full throttle and the next disaster has already emerged;  an attractive yoga student. Young enough to be her son.
Faced with nothing but diabolic choices, Lauren confides in her best friend; the warm and friendly Lara. Despite having the same nationality as He Who Must Not Be Named, and working at the same office coven, Lara seems to lack his foul nature.
Or does she?
Once you’ve read Dutch American Diary? You’ll never ever in your life make the mistake of messing with a yoga teacher.
~Dutch American Diary part 1

4. LS Diary (2012-2013) €10
About three dark men and Lauren getting naked on stage. Not necessarily together.
Being dark, smart, and handsome, a Dutch writer bears the characteristics Lauren only knows  too well. He looks exactly like her male muse and unwanted protagonist in the majority of her writing.
A published writer and sought-after talk show guest, the Dutch writer has succeeded where blogger Lauren is failing year after year. After year. She feels the weight of her unpublished manuscripts, and her failed attempts to become a writer. To make matters worse she already has one ill-natured stalker. As if the liabilities of being famous have preceded its benefits.
Lauren gets her shit together prioritizing her work, ignoring men, sex and stalkers. But will it work?  Star struck Lauren meets the celebrity in real life, and soon enough her supposedly highly efficient sex-free life includes a naked guest appearance on stage, a blow-job in a parking garage and a seven month relationship.
~LS Diary can be read as standalone or as Dutch American Diary part 2

6. Bedtime Stories (2014) €15
Facing her demons and her muse, Lauren’s sexual history gets its worthy finale.
Lauren is corresponding with Elliot, but somewhere between The Netherlands and Vegas, things have stranded. To get their project back on track Lauren resorts to strong measures: making the whole damn thing public.
Sharing eight months of her life, Lauren’s third diary reintroduces all popular characters, such as writer Rafael and his legendary mythical counterpart Benjamin. Young writer Sam and his ghost twin Valentino.
Closing the Dutch American Diary trilogy, the 1991 story lines are finally tied together. With an extremely satisfying ending. Although not in a way anyone saw coming.
~LS Diary can be read as standalone or as Dutch American Diary part 3

7. Mirage (2014) €5
Giving you a little dessert, with all gorgeous writers from previous books.
Lauren, the former hedonistic cougar, is home bound, mothering her little ones, sick with worry and about to get dumped by her lover. Together with autumn setting in, Lauren needs her annual Cute Writer Fix more than ever. And this year there’s five of them.
Including a lunch date with the most famous author of the Netherlands; her youth love Henry.
~Mirage can be read as standalone or as the epilogue to the Dutch American Diary trilogy.

8. Big, diaries & erotica (2015-2016)  €20
The crown to Lauren’s life; a secret affair with her Biggie.
Ten years and ten lovers have taught Lauren two things.
One: single life is a disaster.
And two: men suck at anal sex.
So when Mr.Big comes along and succeeds where all the others have failed, Lauren is euphoric. She immediately picks up her pen to write about it, and her first story is indeed called “The Biggie”, about his flawless performance.
For two years Lauren documents her secret affair with the married business man. She writes about their explosive encounters, her unwavering love, and her powerful insights. Gradually, Lauren changes. From an scarred single, to a woman totally owning her worth and her true nature. Ten years after ending her relationship in order to explore love and sex in all their forms, Lauren Harteveld becomes the ultimate mistress.