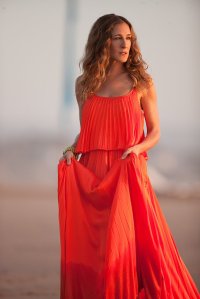 The first Monday of my holiday week was not  “harlotty” at all. But Harlot refers to a magazine that was looking for copy, and I sent them my Dutch White Tigress guide, on how to live a strong and sexually active life on your terms.

That email was by far the most frivolous thing I did. The rest was all work.
Despite this weekend’s profound insight that God would keep throwing bricks (and this time I might not get off with squashing my thumb with the balcony door) unless I changed my ways and started enjoying things like weekends and holidays, instead of using them as an extension of my workweek, I suspected one day didn’t matter.

One day could still be sacrificed in order to finish things up.

I had planned to do hours of admin and I had a business appointment, but it would all be done at 4 PM. Except that the heating failed on me, and I had to stay home the entire day to get it fixed, push my appointment back, and also – my injured thumb required medical attention.
Which by the way, it still didn’t get, even though I tried the best I could given the fact that I was unable to leave the house.
So in a way I manifested my own prediction.

Instead of being off at four, my finance and waiting and trying to reach the doctor’s office, really did take me one entire day.
At 9 PM, I made my escape out of the house and I cycled to my yogastudio to clean it, so that I had at least some exercise. And also so that I didn’t have to do the cleaning today, for the other teachers who are not having a week off from teaching.

Now I do have the rest of the week off, my heating and hot water are up and running, my finances are taken care of, and my thumb is still attached to the rest of my body, so I m just assuming it will hold up for the rest of the holiday week.
Time for fun.
Time to get harlotty.

Which brings me to the major changes I made after Thumb Gate.

The first was, like I said, the decision to start taking time off.
Holidays and weekends would from now on be “reserved” for writing, or hobbies, or men, or anything spontaneous or absolutely nothing.
They were free.

But there was more, that I got clarity on.
Based on the fact that Thumb Gate proved that I was prone to accidents, when I worked too hard.
First half of that sentence  being:
I was prone to accidents.
Now, from all the things a body or a mind can default to in times of stress, I will choose this weakness anytime over getting depressed, getting burned out, getting fatigued, or having some unsanitary part of your personality taking over your life and causing mayhem and despair.
I’ll take the accidents.
But it is also a pretty scary weakness, and one that deteriorates with age. Falling and breaking bones is the number one scare among senior citizens, so it is a weakness that will not get better by itself.
In fact it will get worse.
And that’s when I made my next two important decisions.

One.
I was quitting all alcohol. Again. I have been on and off for a couple of years now. My longest time without Chardonnay was fourteen months and two weeks, and although I suspect to this day that it was this habit that allowed me to only need four, five hours of sleep, I didn’t really regret it when I started it again.
Not-drinking had not brought me what I had expected (I didn’t realize the needing less sleeping, until later) and I wanted to have that bourgeois feeling of putting my lips to that glass.
Now I m more focused on the totally not bourgeois idea of falling down the stairs or whatever. Plus not drinking will improve my hormone levels, and make it impossible to waste time doing things that require drinking in order to level them out. Such as working too hard, or agreeing to social obligations without genuinely looking forward to them.

Abstinence is the quickest way to detox my life from anything that needs toxins in order to deal with it.

Two.
I was going to do my own yoga practice, in addition to, but definitely before, making my yoga videos. I installed making yoga videos for a number of reasons but one of the main ones, was that it would make me practice yoga.
And with that, I had an alibi to give up my struggle of getting a home yoga practice.

But I now realize that making videos will very likely not give me the self-control, the calm, and the stability a real yoga practice does.
And more importantly; Making yoga videos will not to prevent me tumbling over and break shit. I really need more than an alibi not to practice.
I need to do real yoga.

By the way, other (normal?) yoga teachers usually believe they have to practice yoga in order to be a good yoga teacher.
I still resist that whole idea.
I have never, in my entire history of doing yoga, or taking classes, been able to see a connection between how much someone practiced yoga, and how good a teacher they were.
And if I did see a correlation, it was a reversed one.
The best teachers surprisingly often broke every rule in the book, including the one that said they had to practice.

But a 45 year old yoga teacher who knows that her weak spot is working too hard, relaxing herself by drinking, and hacking her self-practice by making monotizable yoga videos?
She would benefit from old-school yoga, quitting drinking, sleeping in, saying yes, getting laid, laughing more, and throwing her planning and her work schedule over the balcony.

And this time without getting her thumb stuck when closing the door.