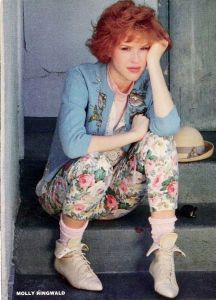 Sunday morning April 26, 1995
9.45 A.M.
.
I know I shouldn’t be writing about my dream.
At the publisher’s, it’s one of the first things I have to send back to the author, in the unlikely event one of our novelists gets it into their head to use a dream as a way to tell the story.
I will defend myself, saying that it’s not a way to tell the story.
This is my actual dream.
This is my actual diary.
And therefor this is final.

I dreamed I was in a huge building, which was supposed to be buzzing with cultural activities, but now it was closed to the public.
I was on their top floor, which had like a triangular shaped roof or contained a lot of geometrical lines.
It was like an enormous tent; pitch black on one side, like the roof of a normal music venue, and bright glass on the other, like a museum.
But there was no one there, except me and two colleagues.
Both guys.
I don’t remember the exact dynamic, but we were all in different departments, neither one of us were directly working together.
But I forgot what my own profession was, and I also forgot what the profession was of the first guy.
There was a huge statue or object in the middle of the room, and I remember it as an enormous wooden boat; like one carved out of wood by indigenous tribes, but extremely large.
I had asked the first guy something, and he walked me in the direction of the statue, and told me the second guy would know.
The second guy was a DJ. He had been setting up his tables there, or had been rehearsing or practicing there.
It wasn’t for a show.
There would not be any shows for an indefinite period of time.
Yet he seemed happy, as if he had been doing something he liked and had achieved some sort of accomplishment. He was rolling up cables.
I think neither one of us were there doing our normal work (maybe the DJ was).
We all seemed to be trying to find something to do, despite the venue being closed.
In the dream I had a short conversation with the DJ, and then I had a final one with the first guy.
And then something strange happened.
I knew I was standing too close, and that I wasn’t supposed to. I excused myself and stepped back. He said something like “It doesn’t matter” or something. There had not been any sexual tension between us, it (coming closer) had just happened naturally because of the conversation we were having, or because of the topic. Or because I was illustrating something with my body or so.
I wasn’t deliberately coming close for personal reasons.
It’s just that I lived in a time when there was a disease and standing close to each other was enough to catch it.

I woke up and stayed in bed longer than usual, thinking about what it meant.
I have an aids phobia. Or I used to before I realized it was simply not an option to be safe all the time.
You know: Get one boyfriend, both stay monogamous
Especially him staying faithful to me would become a problem, because I would find that too boring.
Either way, to be really safe you’d either have to have all sex with protection, including oral; Or alternatively you’d both get tested and you can leave the condoms out.
But then you re stuck with this boring monogamous sex life that is never going to work.
I knew I had the choice between getting over my fears, or settling for a love life that I didn’t want.
And I don’t do settling.
So I got over it.

Overcoming death does not make your sex life easier, but it does make it more powerful. It provides meaning to something others might claim “just happened”.
With me, that is impossible.
Realizing sex could get you killed, prevents it from being something you’re going to regret later.
Having sex equals “I love you so much, or I want you so much, I’d die for it.”

I think what took me an hour of morning thoughts in bed, is realizing that in the time of the deserted venue and me and my two colleagues trying to have something to do, while not standing too close because of the danger;
I’d live in a time when everybody thought that.
I wouldn’t be the only one, who consciously took the risk of death;
Every man whom I had sex with, would have done the same.

And in its own, no doubt terrible fucked up way, that was an exciting thought.

~Lauren
An unexamined life is not worth living
.
‘Cause all these dreams are swept aside  | “1995”
is the first chapter to
1994 part 3: This Time I’m Staying
.
My diaries en erotica are available at my BOOK SHOP